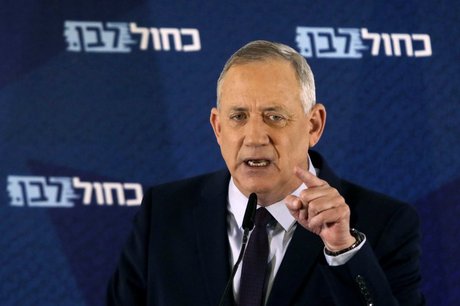 The Israeli Defense Minister Benny Gantz replied to Hizbullah leader Sayyed Hassan Nasrallah’s latest remarks saying that Lebanon is going to “tremble,” and Hizbulah will pay a “terrible price" if Israel is forced to enter a military confrontation.

Nasrallah said in his speech on Sunday that “Israel’s home front needs to know that if there is a war with Hizbullah, it will see things it has not seen since the establishment of Israel.”

Gantz’s response reportedly came in a speech he made Thursday during a memorial service for dead Israeli army troops.

“Until this very day, despite the fact that Israel is the most powerful force in the Middle East, there are those who threaten us with war and battles,” added Gantz.

He concluded saying that shall a war erupt “it will be terrible first and foremost for our enemies, and this applies especially to Hizbullah and Hamas."

Election time... they need each other to get re-elected.

Breaking the war implies breaking the vicious cercle of them indefinitely getting re-elected.