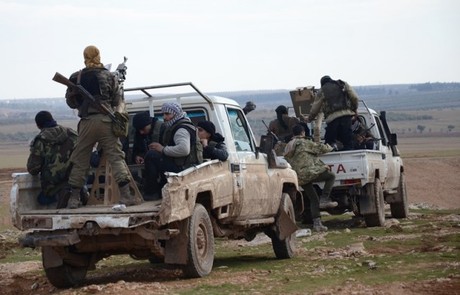 A wave of Russian air strikes killed at least 21 Islamic State group jihadists in the Syrian desert over the past 24 hours, a war monitor said on Saturday.

The 21 were killed in at least 130 air strikes "carried out over the past 24 hours by the Russian air force targeting the 'Islamic State' group in an area on the edge of the provinces of Aleppo, Hama and Raqa", the Britain-based Syrian Observatory for Human Rights said.