Courts Close in on Syria Government 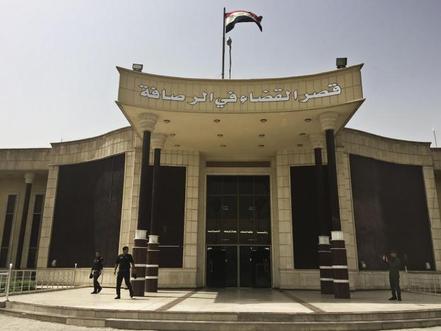 A German court on Wednesday jailed a former Syrian intelligence agent for complicity in crimes against humanity in the world's first prosecution over state-sponsored torture by the Syrian government.

It is just one of a growing number of cases being brought against loyalists of President Bashar al-Assad in jurisdictions around the world. Here is a look at some of the others.

In Wednesday's landmark judgement in the German city of Koblenz, Eyad al-Gharib, 44, a former low-ranking member of the intelligence service, was sentenced to four years and six months in prison for being an accomplice to crimes against humanity while helping to arrest protesters and deliver them to a detention centre in Damascus in autumn 2011.

The trial -- the first in the world of figures allegedly involved in abuses by the Syrian government -- opened in April 2020.

A second former intelligence agent, Anwar Raslan, who was arrested with Gharib, is still awaiting the verdict of the Koblenz court after judges decided to split the proceedings in two.

The 58-year-old is accused directly of crimes against humanity, including overseeing the murder of 58 people and the torture of 4,000 others.

Raslan's trial is expected to last until at least the end of October.

Seven Syrian torture survivors and a human rights group had previously filed a criminal complaint in Germany against other Assad secret service officials in 2017, but that has yet to come to trial.

Nearly 27,000 photos taken by a former Syrian military photographer known as Caesar, who fled the country, were also turned over to German courts, German rights group ECCHR said in September 2017.

Two months later it announced two new appeals for crimes against humanity and war crimes had been filed by 13 Syrians for acts of torture.

Seven other Syrian men and women who suffered or witnessed rape and sexual abuse in Assad's detention centres also submitted a complaint to German prosecutors, the ECCHR revealed in June 2020.

The same month a Syrian doctor, identified as Alaa M, was detained in the state of Hesse, accused initially of torturing detainees at a prison run by Syrian intelligence services in the city of Homs, and later of killing one person alongside another 18 counts of torture.

The case, filed in Germany, was lodged on behalf of victims of a 2013 sarin attack in Eastern Ghouta and a 2017 attack using the same nerve agent in Khan Sheikhun, according to the Syrian Centre for Media and Freedom of Expression.

In September 2015, a Paris prosecutor opened a preliminary inquiry into crimes against humanity over allegations of abduction and torture.

The following July, the family of a Syrian doctor who died in a government prison, lodged a complaint in Paris over his torture and murder.

Another French court opened an investigation in 2016 into the disappearance of Mazen Dabbagh and his son Patrick, two French-Syrian nationals who had been arrested in Syria three years earlier.

France issued its first international arrest notices for Syrian intelligence officials in 2018 for "complicity in acts of torture" related to the case, "complicity in crimes against humanity" and "complicity in war crimes".

The warrants were for National Security Bureau director Ali Mamluk Hassan and Abdel Salam Mahmoud, who was in charge of the Air Force Intelligence investigative branch at the Mezzeh military airport in Damascus.

In February 2019, Abdulhamid C., a former Syrian soldier suspected of complicity in crimes against humanity, was arrested in France on the same day as Raslan and Gharib in Germany.

But a year later Abdulhamid C. was released for lack of evidence.

In July 2017, a Spanish court rejected a complaint filed by a Spanish woman of Syrian origin against nine Syrian government officials for the forced detention, torture and alleged execution of her brother in 2013.

Legal proceedings have also been launched in Austria, Sweden and Norway, according to the ECCHR.

In 2016, the United Nations set up its International, Impartial and Independent Mechanism, which is preparing war crimes charges against individuals over the Syrian conflict.

Since April 2018, the body has been gathering evidence for use in possible future trials.