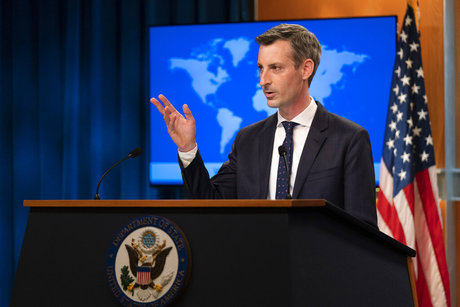 The United States on Thursday warned ally Armenia's armed forces against intervening in politics as the elected prime minister said there had been a coup attempt.

"We urge all parties to exercise restraint and to avoid any escalatory or violent actions," State Department spokesman Ned Price told reporters.

"We remind all parties of the bedrock democratic principle that states' armed forces should not intervene in domestic politics."