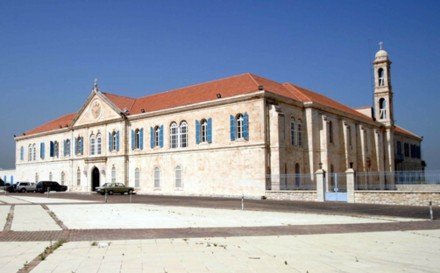 Circles close to Bkirki sounded the alarm on Friday saying crisis-hit Lebanon faces a threat of “total collapse,” and a genuine fear for the “presence” of its Christian community, al-Akhbar daily reported Friday.

They voiced real concern for the “fate” of Lebanon, noting that “Bkirki can no longer keep silent” while the country is driven to “collapse,” Bkirki sources told the daily.

Maronite Patriarch Beshare el-Rahi has called for an international conference on Lebanon because the “Lebanese cannot reach an understanding on their own.”

His calls came as the country grapples with multiple crises, including its leaders inability to reach an agreement and form a much-needed government to pull the country out of its plight.

Some political parties including Hizbullah, rejected Rahi’s call saying it only brings on war.

The daily said that according to specialists in international law, the idea of raising the Lebanese issue internationally in a country where there is no occupation and does not represent a threat to any other country is a precedent that did not happen.

Sorry Bkirki.... You were and still are a major part of the problem. You supported and still support Aoun and the FPM and consider them the representatives of the Christians. You knew and still know they sold Lebanon to Hezbollah and Iran in their lust for power. Trying to embellish your image is not something people are taking seriously.

Bkikri has left the building.

in the past centuries, you: religious leaders (of all religions) supported and protected the feudal system, this system created division among the population, your slogans " the rights of the people of religion X,Y,Z"
was and is a time bomb for continuous division and hostilities, the only benificiaries were and still are your bosses the feudal chiefs