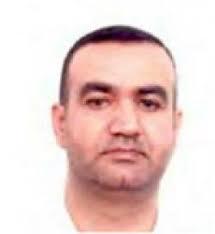 A fugitive Hizbullah suspect will go on trial in June accused of three attacks on Lebanese politicians in the mid-2000s, a U.N.-backed tribunal announced on Friday.

Salim Ayyash, 57, will be tried in absentia by the Special Tribunal for Lebanon, which in December sentenced him to life in prison for the 2005 murder of former prime minister Rafik Hariri.

Hariri and 21 others died in a massive suicide bomb explosion in Beirut in early 2005 and Ayyash was one of four suspects tried by the Netherlands-based court.

Ayyash's sentence is currently under appeal, while the three other suspects were acquitted as the court ruled there was not enough evidence against them. The acquittals are also being appealed.

The new trial concerns three attacks against Marwan Hamade, George Hawi and Elias Murr, said the STL, based on the outskirts of The Hague.

Ayyash faced five counts including the "commission of acts of terrorism" and "intentional homicide," the court said.

The first attack in Beirut in October 2004 wounded Democratic Gathering MP and ex-minister Hamade, as well as another person, and killed his bodyguard, the tribunal said.

The second attack, also in Beirut, in June 2005, killed Hawi, the former leader of the Lebanese Communist Party, and injured two other people.

The third attack in July of that year killed one person and injured then defense minister Murr and 14 others in Antelias, near the Lebanese capital.

The case was due to open on June 16, but the date was still provisional, the court said.

Ayyash however remains on the run, with Hizbullah chief Sayyed Hassan Nasrallah refusing to hand him over, alongside three other defendants who were eventually acquitted.

The trial against Ayyash is the first new case taken on by the tribunal since its creation in 2007.

Hariri was allegedly killed because he opposed Syrian control over Lebanon. His death led to the "Cedar Revolution" which forced Damascus to pull out in 2005.

Why would the Shia terrorist organization use the same guy ? It’s got to be a team effort.