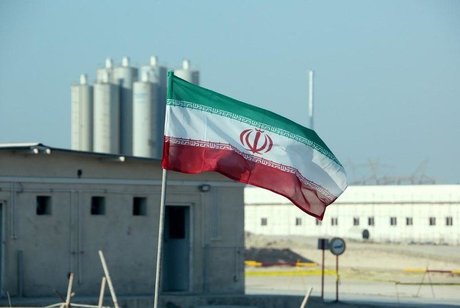 Iran's recent decision to limit inspections by the UN's nuclear watchdog will be at the heart of a meeting of its board of governors on Monday, with some members mulling a formal rebuke to Tehran.

Western countries will be trying to find a way of censuring Iran without jeopardising fragile efforts to revive the 2015 deal between Tehran and major powers on its nuclear programme.

The possibility of a resolution criticising Iran being passed at the board attracted sharp diplomatic comment in the run-up to the meeting.

"The Europeans have started a wrong move by supporting the US in the board of governors," Iranian Foreign Minister Mohammad Javad Zarif said on Monday.

"We think this move will lead to the situation becoming disorganised," he said, according to the official Irna agency.

While President Joe Biden has said he is willing to bring the United States back to the 2015 deal, on Sunday Iran said the time was "not suitable" to hold an informal meeting with the US and the remaining parties to the accord -- France, Germany, Britain, China and Russia.

Diplomatic sources say that no decision has yet been taken by European states on whether or not to put forward a resolution as Iran will only be discussed later in the week at the meeting, being held via videoconference.

Russia has made clear its opposition to the prospect of a resolution criticising Iran.

Russian ambassador Mikhail Ulyanov tweeted on Monday that such a move would be an "unfortunate miscalculation".

Earlier he had said that "the common responsibility of all 35 Governors is to ensure that the debates (even heated) do not negatively affect diplomatic efforts aimed at full restoration of #JCPOA," using the formal name for the 2015 deal.

"There is no doubt that influential forces in Washington have taken steps in order to derail this meeting," Sergei Ryabkov was quoted by Russian state news agency TASS as saying.

The JCPOA was sent into disarray when former US President Donald Trump dramatically withdrew from it in 2018 and went on to impose swingeing economic sanctions on Iran.

"We are running against time," Ulyanov said.

Zarif said that Iran hoped "that reason will prevail" at this week's meeting.

"If it does not we do have solutions," he said, without specifying what these were.

In a document circulated to IAEA member states ahead of this week's meeting, the Iranian mission to the organisation said a critical resolution would be "counterproductive and destructive".

The document also said the introduction of such a resolution would mark the "end" of the agreement reached with the IAEA last month to mitigate the impact of reduced inspections.

Under that temporary three-month arrangement, Iran has pledged to keep recordings "of some activities and monitoring equipment" and hand them over to the IAEA when US sanctions are lifted.

If a resolution censuring Iran is passed, it would be the first such resolution since June, which was itself the first in eight years.

Diplomatic sources say the Iranian attempt at "blackmail" over a possible resolution has gone down badly among European states.

The latest tensions come after weeks in which Iran has continued breaking the limits laid down in the 2015 deal, for example by enriching uranium to 20 percent and producing uranium metal.

Tehran insists it has the right to take these steps in retaliation for American sanctions, and that the measures can be reversed as soon as sanctions are lifted.

According to Kelsey Davenport, director for Nonproliferation Policy at the Arms Control Association think-tank, "the US would be foolish to waste the time bought" by the temporary agreement hammered out between Iran and the IAEA.

"It would be positive to have a concrete reciprocal action from the US acknowledging that Iran showed some restraint by negotiating this technical understanding," she said.

"It is manageable in the short term but if drags on too long, it will start impacting the future of the nuclear deal and it will erode confidence in the peaceful nature of Iran's nuclear programme," Davenport told AFP.