Guterres Appoints David Tolbert as Registrar of the STL 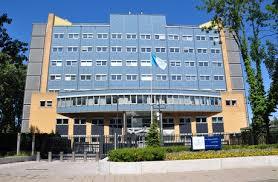 The United Nations Secretary-General, Antὸnio Guterres, appointed David Tolbert to the post of Registrar of the Special Tribunal for Lebanon (STL), the STL said in a statement Monday.

Below is the press release sent by STL:

Tolbert is a highly accomplished international human rights lawyer and former war crimes prosecutor with a record of leadership and innovation, as senior manager in international organizations and NGOs. From 2010 to 2018, he served as President of the International Center for Transitional Justice and, from 2009 to 2010, as the STL’s Registrar. Mr Tolbert also worked at various international courts and Tribunals, including nine years at the International Criminal Tribunal for the former Yugoslavia (ICTY).

Tolbert served as Acting Registrar since July 2020, following a leave of absence for health reasons of the former Registrar, Mr Daryl Mundis.

In accordance with the STL's Statute, the Registry, under the direction of the Registrar, is responsible for servicing the operational and administrative requirements of the STL. The Registry provides support to the other organs of the Tribunal to facilitate their functioning and ensure that the Tribunal is in a position to carry out its mandate.

The Registrar's responsibilities include judicial support, such as court management, language services and victims and witnesses, as well as administration. Mr Tolbert is also responsible for the STL budget, fund-raising policies, outreach and public information of the Tribunal.