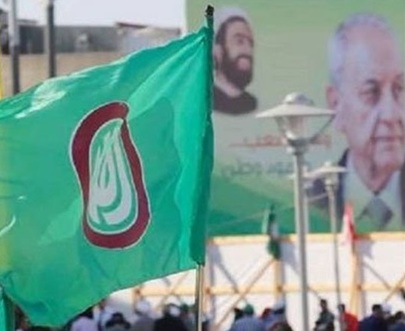 The Amal Movement on Monday urged an end to “political overbidding and to raising constitutional and legal disputes,” stressing that it is necessary to speed up the formation of the new government.

In a statement issued after a meeting for its political bureau, the Movement said a new government is needed to “address the inevitable collapse of the economic and social situations and its impact on the stability of the security situation.”

It accordingly warned that such a collapse would not leave a chance to any party to “win a certain share or achieve its partisan interests.”

The politburo added that the most notable sign of collapse is “the unprecedented disorder in the dollar exchange rate against the Lebanese lira and its exceeding of all limits.”

“This has led to a hysteric hike in prices without any real supervision by the competent ministries,” the political bureau said.

It’s time for the the SLA fighters (80% Shia) to go claim their medals in Israel.

According to the Jerusalem Post, the government approved on Monday Defense Minister Benny Gantz's suggestion to award a campaign medal to IDF and South Lebanon Army (SLA) soldiers who fought in the buffer zone in southern Lebanon between 1982 and 2000.
"As the last soldier to leave Lebanon, it feels like a great privilege to give recognition to thousands of combat soldiers today," Gantz said.

Where I live, religion is never a topic or a problem, in fact people don't care what kind of religion friends,neighbors or family have, Time and again I am amazed at the role of religion in Lebanon. also the curiosity to know what is my religion, why? no idea....

I guess the problem in Lebanon is the mix of religion and weapons...

A lot of Lebanese died because of religion, 1/3rd in the Great Famine... a century ago and again 1 in 10 during the civil war.

Consider this a PTSD reflex. America, Canada or wherever you live in the New World never had wars of religion . They only exterminated the natives.... and enslaved black people.

report: you mentioned"A lot of Lebanese died because of religion, 1/3rd in the Great Famine... a century ago and again 1 in 10 during the civil war."
that's the reason to disconnect religion from politics

In the north of Europe (where I live) for centuries Catholic / Protestant were in wars, peace and harmony has been achieved by disconnecting religion from politics, that means religious people have nothing to say in politics, an exception in Northern Ireland, religion and politics are still mixed.

yyy where can i find a shoutbox message? / sells