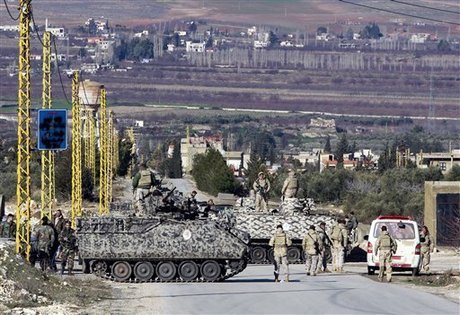 The Lebanese Army, Intelligence Directorate reportedly arrested a number of jihadists of the Islamic State group who were planning to carry out suicide terror operations in Lebanon, the Saudi Asharq el-Awsat reported on Tuesday.

A senior security source told the daily the militants were planning to target positions of the military and security forces. They were interrogated and admitted to have explored several military sites for that goal.

The source said that out of the 18 militants detained, there were 12 Syrian nationals and 6 Lebanese, one of whom was considered the “mastermind” of the group who had been arrested previously on charges of planning to carry out terrorist operations.

They were arrested in a preemptive operation executed by the army in the encampments of Syrian refugees on the outskirts of the border town of Arsal and in Mashareea al-Qaa in northeastern Lebanon.

The Intelligence Directorate has reportedly reached a firm conviction that ISIS is planning to resume terrorist operations in Lebanon targeting military positions, while exploiting the presence of encampments of the displaced most notably those located on the outskirts of Arsal, according to the source who spoke on condition of anonymity.

Push a button and there appears ISIS.... quite handy!

Our Valiant army is able to arrest so-called ISIS members just for thinking of carrying out attacks but remains (intentionally) helpless finding the assassins of Joe Bijjani and Lokman Slim....!!!

Oh enough with your IS already. You have the hezbollah terrorists who took over Lebanon and noone does anything about them!