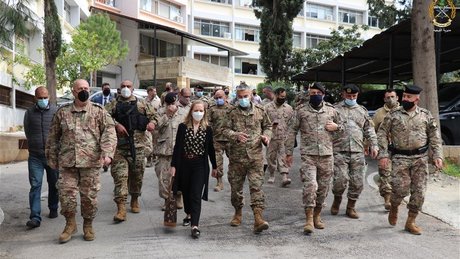 The Canadian Ambassador to Lebanon, Chantal Chastenay, accompanied by a delegation visited the Lebanese Army Logistic Brigade to anticipate the support provided by Canadian authorities in favor of the army and to identify the required needs, the Army said in a statement Tuesday.

Chastenay is also leading the coordination of Canada’s $30 million assistance to Lebanon as the country reels from the impact of a massive blast in Beirut that killed more than 170 people, injured thousands and caused widespread destruction in Beirut.