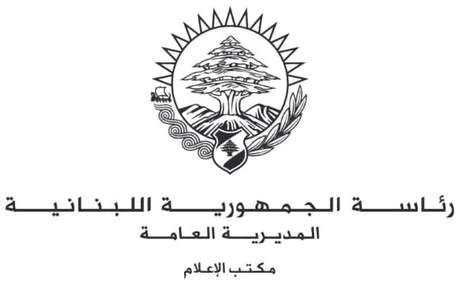 The Presidency Press Office on Tuesday responded to a statement in a local newspaper attributed to President Michel Aoun about the current situation and the government file.

The press office of Aoun described the statement as “totally and completely unfounded,” and called on media outlets to refer to the official press office of the President regarding all news related his stances.

Al-Akhbar daily said on Tuesday that Aoun allegedly declared doubts to his visitors of PM-designate Saad Hariri’s intention to form a balanced government, pointing to an alliance between the latter and speaker Nabih Berri, ex-PM Walid Jumblat and others.

The daily also claimed that Aoun sees the Central Bank Governor Riad Salameh as part of Hariri’s alliance, and that they aim to form a government capable of preventing a forensic audit and foiling any chance for political dialogue between the various political forces.

The worst president in Lebanon’s history, he’s even worse than the ottoman rulers back in the days....