Kremlin Says Sanctions against Russia Do Not 'Achieve Goals' 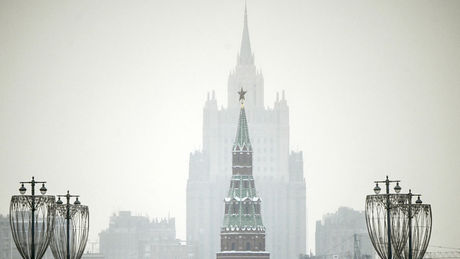 The Kremlin said Tuesday that Western sanctions against Russia are ineffective, in response to reports that the European Union and the United States are preparing new penalties against Moscow.

"Those who continue to depend on these measures should probably give it some thought: are they achieving some goal by continuing such a policy?" spokesman Dmitry Peskov said.

"The answer will be obvious: such a policy does not achieve its goals," he added.

Navalny was jailed in mid-January after returning to Moscow from Germany, where he had spent months recovering from a poisoning with a banned nerve agent he blames on Russian President Vladimir Putin. The Kremlin denies it was behind the attack.

CNN reported Monday that US President Joe Biden's administration is also preparing to impose sanctions on Russia for the poisoning and imprisonment of Navalny.

Citing two administration officials, CNN reported that the United States will coordinate with the European Union to determine what the sanctions will entail and their exact timing.