Association Says Banks Had No Role in Dollar Rate Surge 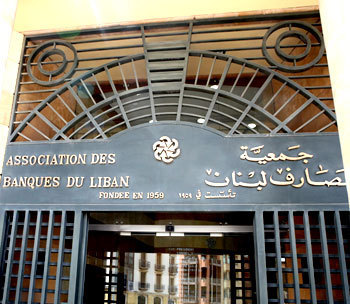 The Association of Banks in Lebanon on Wednesday categorically denied media reports linking banks to a dramatic surge in the dollar exchange rate on the black market.

“The requirements of banking liquidity abroad, as stipulated by the central bank according to Circular 154, exceed $3.4 billion sector-wide, so is it reasonable for banks to draw them from the local black market whose volume does not exceed a few million dollars?” ABL said in a statement.

It also attributed the exchange rate surge to political uncertainty, importers’ huge need for dollars, the scarcity of dollars in the local market due to the drop in the flow of money from abroad, the printing of Lebanese pounds, illegal electronic platforms, and the hoarding of dollars at homes by anxious citizens.

ABL added that the black market chaos can be contained through “political developments that restore the confidence of the Lebanese” and “containment policies by the various authorities in order to curb Lebanon’s foreign finances deficit.”

The pound had been pegged to the dollar at 1,500 since 1997, but the country's worst economic crisis since the 1975-1990 civil war has seen its unofficial value plummet.

On Tuesday, it was trading at nearly 10,000 pounds to the dollar on the black market.

Before the latest downturn, the pound had briefly stabilized at 8,000-8,500 to the greenback in recent weeks.

As part of a series of demands, it had given them a Sunday deadline to increase their capital by 20 percent.

On Monday, a central bank committee "agreed on a roadmap with deadlines for the Bank of Lebanon to take appropriate measures" if these requirements were not met, it said in a statement.

Lebanon's al-Akhbar newspaper said Tuesday that the currency plunge was partly the result of commercial banks sucking dollars out of the market to meet the capital demands of the central bank.

The slide in the value of the pound has led to soaring food prices in a country where more than half of the population now lives below the poverty line.

The Association of Banks in Lebanon on Wednesday categorically denied media reports linking banks to a dramatic surge in the dollar exchange rate on the black market. It was the Zionist not us we the associations of Banks in Lebanon have nothing to do with banking only looting.. what a joke!!!

I don't understand how difficult is it to find out where the head of this mafia group of banks lives and torch his house with him and his family inside?