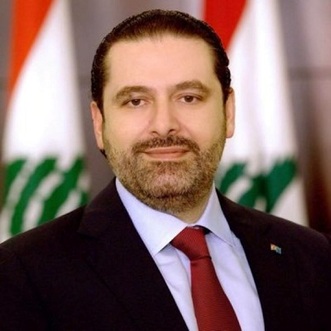 Press office of PM-designate Saad Hariri on Thursday denied reports published in al-Akhbar daily that he rejected a proposal presented by President Michel Aoun regarding the government formation.

The Press office said in a statement:

“Al-Akhbar daily published news report that Aoun informed General Security chief Abbas Ibrahim of his willingness to accept naming five ministers in addition to a minister from the Tashnaq party in an 18-seat cabinet in return for the interior ministry portfolio, conditionally that MP Jebran Basisl would refrain from granting the cabinet his vote of confidence.

The daily added that Hariri does not want to form a government before obtaining the approval of Saudi Arabia.

The media office of Prime Minister Hariri is interested in clarifying the following:

Second: Unlike Hizbullah which awaits decisions from Iran, Hariri does not seek approval of any foreign party to form the government, not Saudi Arabia or anyone else. Rather, he is waiting for President Aoun's approval to form a government of specialists, with the amendments that Hariri has proposed publicly, in his speech aired live on February 14.

Third: The conformity of this interpretation propagated by the newspaper with the words of Hizbullah’s Deputy Secretary-General Sheikh Naim Qassem in his televised interview yesterday, reinforces the feeling that the party is participating in the attempt to throw the ball of responsibility on Prime Minister Hariri, and is maneuvering to prolong the government vacuum, waiting for Iran to start its negotiations with the new American administration, holding on to Lebanon's stability as one of the cards for this negotiation.

Fourth: If the FPM bloc was to block confidence vote for the government, what would the argument of the president be in obtaining a third of the government’s members (five-plus-one out of 18), at a time when President Aoun himself was the one who refused a government share for the President during the era of former President Michel Sleiman.

Fifth: Why did the head of the FPM obstruct the cabinet formation for a whole five months if its true was to block confidence and stand among the opposition.

In the end, PM Hariri affirms commitment to the specifications of a government format he requested since the moment of his designation, in terms of quantity and non-partisan expertise.

He believes the French initiative compliments the popular demands calling for a government capable of facing the economic, financial and living repercussions. And curbing the collapse of the lira and opening the way to serious reforms.”

If the FPM bloc was to block confidence vote for the government, what would the argument of the president be in obtaining a third of the government’s members (five-plus-one out of 18), at a time when President Aoun himself was the one who refused a government share for the President during the era of former President Michel Sleiman.

lol ! So, Bassil and the FPM will give a vote of no confidence to the government yet, they insist the President names 6 ministers in it!!!

Yes, because they have no confidence in the ministers they were going to name:)

You have my vote of confidence, Mr. Prime Minister.

But does he have your 'consent'?

Consent : from Latin consentire "agree, accord," literally "feel together," from assimilated form of com "with, together" (see con-) + sentire "to feel".