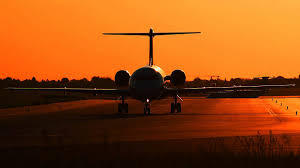 Iran's Revolutionary Guards said Friday that they foiled the hijacking of a plane by an assailant who intended to have the internal flight redirected to a neighboring Gulf Arab country.

"The plot to hijack a Fokker-100 plane of Iran Air... was neutralized on Thursday night by the vigilance of the Guards," said a statement posted on the Guards' Sepahnews website.

The plane had departed Ahvaz airport in southwestern Iran for Mashhad in the northeast at 22:10 pm (1840 GMT) on Thursday before the attempted hijacking was made, the Guards said.

"The perpetrator of the plot" was arrested after the "urgent landing of the plane at Isfahan airport" in central Iran, the statement said, without elaborating.

"The plane's passengers, who are in perfect health, flew to their (final) destination on an alternative flight," the statement said, adding that an investigation was underway.

The Islamic Revolutionary Guard Corps are in charge of security for Iran's airports and airspace.

Iran has tense relations with several of its neighbors across the Gulf, especially its regional rival Saudi Arabia, but also Bahrain and the United Arab Emirates.