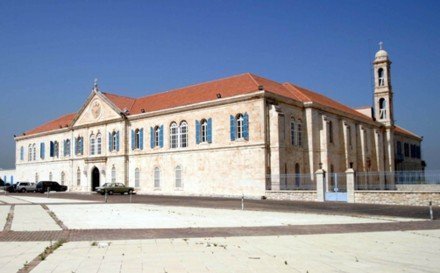 The members of the dialogue committee tasked with following up on dialogue between Bkirki and Hizbullah is expected to meet early next week to appease rhetoric, al-Akhbar daily reported Saturday.

The newspaper said the meeting is the first between the two sides after tensed relations between Bkirki and Hizbullah over Maronite Patriarch Beshara el-Rahi’s fiery statements against Hizbullah.

The daily said that the two sides exchanged messages in that regard away from the media, before they agreed on the meeting expected to be held on Tuesday.

Al-Rahi had called for a UN-sponsored "international conference" in the face of Lebanon's economic collapse and political impasse, but Hizbullah chief Hassan Nasrallah slammed the proposal, saying it would open the door to foreign interference or even to an "occupation".

Meet to talk about exactly? Two completely opposite view. Probably they're gping to Bkirki to give him a warning to better shut up.

Nothing will ever come of it. I have long said you want to end the Hizbos, cut off the head of the snake. That head is in Tehran.

Right, Bkirki is anxious to know what Khamenei wants LOL. Nothing but a photo op for the Hezb Bkirki after the backlash to their demos in Dahieh and comments on late Saturday and Sunday.

This meeting doesn't make sense. Clearly, hizbelshytan cannot afford losing the Christian cover aoun and company provided them to keep eating away and control what is left of this frail republic. Do not meet with them. These are snakes with beards. Shut them down and do not give the opportunity to show that they are for dialogue. They are not. They are Iran's servants and should be arrested for treason.

Bkirki cannot complain now. It supported/supports Aoun and blessed the FPM agreement with the terror militia. It knew in advance the consequences of this alliance and yet it gave it cover and strengthened it.