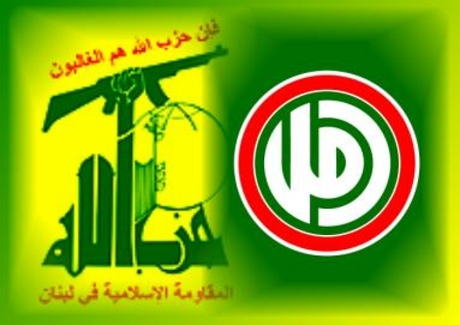 Hizbullah and the Amal Movement overnight issued a joint statement denying their involvement in “acts of rioting” that took place in Beirut’s southern suburbs, an area also known as Dahiyeh.

“Some social media activists have circulated that supporters of parties in the southern suburbs have carried out road-blocking and sabotage acts in some Dahiyeh areas, especially at the al-Imam al-Hussein Roundabout in al-Kafaat,” the statement said.

It added that the two parties deny “any link for their supporters in the acts of rioting” and call on security and judicial agencies to “pursue and prosecute anyone who attacked public and private property.”

Beirut’s southern suburbs have witnessed protests in recent days as part of the wave of protests that engulfed most Lebanese regions after the dollar exchange rate reached record high levels on the black market.

Off course we believe you, Hizbullah and Amal are innocent. Those were the Tashnag supporters rioting and blocking roads in Dahiyeh and organizing the moped convoy from there up to Baabda. Everyone knows that Hizbullah and Amal supporters are law abiding civilized upstanding citizens LOL.

yes, in the heart of kizb and amal territory, da3sh came in and decided to riot in that particular area. Seems believable.....

It's tabbour el khames that is supported by the American and French embassies.