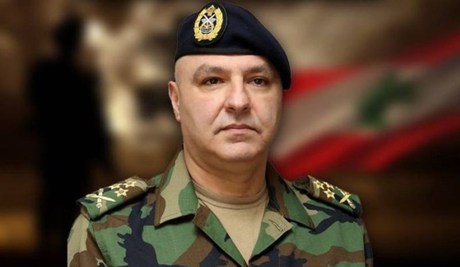 Army Commander Gen. Joseph Aoun is expected to make an “important” position Monday, during a meeting with military officials in light of the dire economic and security conditions in the country, the Nidaa al-Watan newspaper reported.

The Army chief will hold a meeting today with leaders and officers to discuss matters related to the army’s situation at this critical stage, said the daily. He will make an “important” stance based on the events taking place in the country, and the increasing challenges as a result of the economic conditions, it added.

The renewed street protests are expected to aggravate today, meanwhile the army refuses oppression or clashes with the angry protesters, said the daily.

Is he still around?
Another joker..

Please Naharnet report on the story, Saturday night, a guy named Carlos Aoun, ran over 7 pedestrians with his car . The protesters were blocking the Aley intersection road. This is an act of terror.