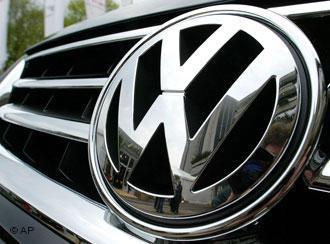 German car giant Volkswagen voiced regret Wednesday over a publicity stunt that duped major media outlets and was criticized by AFP as a "breach of trust".

The outrage came after Volkswagen just a day earlier said in a press release it would be changing the name of its U.S. subsidiary to "Voltswagen" to highlight its shift towards electric cars.

The announcement, two days shy of April Fool's Day, raised eyebrows but company spokespeople insisted it was genuine, resulting in widespread media coverage before VW eventually revealed that the rebrand was a joke dreamt up by its marketing team.

"From the start, the goal was to generate attention for an important corporate and industry topic in the USA," he said.

"The large amount of positive feedback on social media shows we achieved this goal. At the same time, we regret if in the eyes of some, we overshot the mark of the campaign."

Reporters reacted angrily to the stunt, with some pointing out that it was tone-deaf coming from a company still recovering from the 2015 "dieselgate" scandal, when Volkswagen was forced to admit it had for years used cheating software in cars to dupe emissions tests.

Phil Chetwynd, global news director of AFP, wrote to Volkswagen Group to protest against the deception.

"We understand when a spokesperson is not in a position to confirm or comment on a piece of information. But we never expect them to make false statements," he wrote.

"We strongly think serious journalists and news outlets should not be used by companies like Volkswagen for marketing and advertising purposes. For us it is a very grave breach of trust which must not be repeated."

"This was not a joke. It was deception. In case you hadn't noticed, we have a misinformation problem in this country. Now you're part of it. Why should anyone trust you again?" he tweeted.