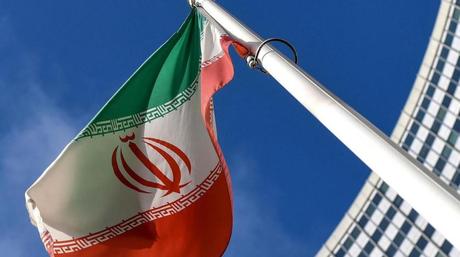 Iran on Tuesday welcomed "promising" recent comments by US officials explicitly suggesting that the United States lift sanctions in order to return to the 2015 nuclear deal.

"We find this position realistic and promising. It could be the start of correcting the bad process that had taken diplomacy to a dead end," government spokesman Ali Rabiei told journalists in Tehran.

The United States joins talks Tuesday in the Austrian capital Vienna -- where the 2015 agreement was struck -- aimed at salvaging the deal.

US president Donald Trump withdrew from the deal in 2018, imposing a policy of "maximum pressure" against cash-strapped, isolated Tehran, which responded by progressively rolling back some of its commitments under the accord.

But Trump's successor Joe Biden has said he is ready to reverse the decision.

At Tuesday's press conference, Rabiei was asked to respond to comments by US special envoy to Iran Robert Malley.

Malley had told PBS Newshour on Friday that "the United States knows that, in order to get back into compliance, it's going to have to lift ... sanctions that are inconsistent with (the 2015 deal)".

Rabiei said: "We salute these comments."