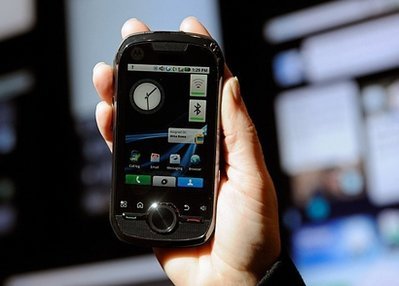 The number of pieces of malicious software, referred to as "malware," surged 46 percent last year as compared with 2009, according to a McAfee Threats Report for the final three months of 2010.

"Cybercriminals are keeping tabs on what's popular, and what will have the biggest impact from the smallest effort," said McAfee Labs senior vice president Vincent Weafer.

"We've seen a significant shift in various regions, showing that cybercriminals are tapped in to trends worldwide," he continued. "McAfee Labs also sees the direct correlation between device popularity and cybercriminal activity, a trend we expect to surge in 2011."

McAfee has seen software threats to mobile devices steadily increase in recent years as the popularity of Smartphones and tablet computers has climbed.

"Threats to mobile platforms are not new," McAfee said in the report. "However, as more consumers use mobile devices and tablets in their daily lives and at work, cybercriminals have taken note."

Geinimi malware slipped into legitimate games and other applications for Android-based mobile phones was listed by McAfee as "one of the most important threats of the quarter."

As greater varieties of Smartphones, tablets, televisions, and computers link to the Internet, hackers are likely to resort to "poisoning" Internet search results with links to websites booby-trapped with malware, according to McAfee.

"Web-based threats will continue to grow in size and sophistication," McAfee said.

Hacker tactics include luring people to bogus websites and then tricking them into downloading malware or revealing valuable information.

Adobe software products such as Flash and Acrobat were the "clear choice of malware authors and cybercriminals" when it came to compromising computers or networks, according to McAfee.

In good news, spam in the final quarter of 2010 hit is lowest level in three years, the report indicated.