Turkey Criticizes Iran over Its Silence on Syria 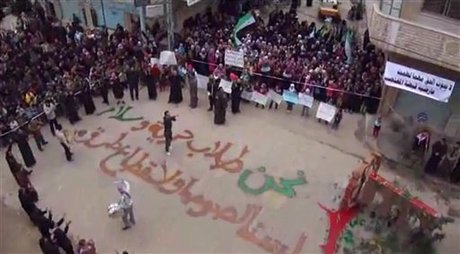 "I am addressing the Islamic Republic of Islam: I do not know if you are worthy of being called Islamic," Arinc said, according to the Anatolia news agency.

"Have you said a single thing about what is happening in Syria?"

Arinc was speaking at a meeting of the ruling Justice and Development Party (AKP) party in Bursa, in Turkey's northwest.

Iran is Syria's main ally in the region and detractors have accused Tehran of helping Syrian President Bashar al-Assad's violent suppression of protests that have swept the country since March 2011.

About 6,000 people are thought to have been killed in the clampdown.

Arinc condemned as a "massacre" Friday's killings in Homs, a center of protest were more than 200 people were killed.

Turkey, once a close ally of neighboring Syria, has been at the forefront of international criticism against the Damascus regime and has also become a haven for many Syrian opposition activists.

Good one ! It's not Islam. It's the Republic of wilyat batikh. Power hungry turbaned devils.

Khomeini himself said that for the IRI to survive it could abandon all pillars of Islam, and from that day IRI is trying to survive. They have assassinated their citizens in the country and abroad, tortured people, sexually abused people, rigged elections, pushed down religious and ethnic minorities like Kurds and Baluch, they imported thugs from Lebanon and Syria to beat its citizens, molesting its population on the streets for how they are dressed. All and all in name of Islam. It has resulted in a segegated population where the majority has grown to hate Islam and a minority that either has made a wealth on it or is brainwashed that IRI is standing for Islam.