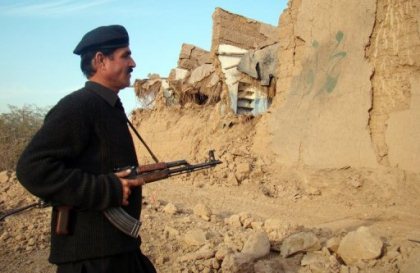 A bomb blast Sunday in Pakistan's troubled northwest killed six members of a tribal militia set up to combat militants, and wounded three others, an official said.

The bomb, in the lawless Khyber tribal district on the Afghan border, was planted by local militant group Lashkar-e-Islam, which is led by warlord Mangal Bagh, said local government official Khalid Mumtaz.

"It was a planted bomb and was detonated when the anti-militiamen reached a private checkpoint" run by the militants, who had deserted the checkpoint, Mumtaz told AFP.

Islamist bombers and gunmen have killed more than 4,800 people across Pakistan since government troops raided an extremist mosque in Islamabad in July 2007.