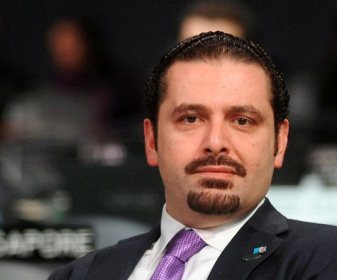 Former Prime Minister Saad Hariri thanked U.N. chief Ban Ki-moon for extending the mandate of the Special Tribunal for Lebanon and the appointment of a new prosecutor.

Hariri telephoned Ban hailing his decisions, according to a statement issued by his press office.

Conflicting reports have emerged in local media on whether the U.N. secretary general had appointed a new prosecutor to replace Daniel Bellemare.

Premier Najib Miqati’s office denied on Monday receiving any official information on the appointment of Deputy Prosecutor of the International Criminal Tribunal for former Yugoslavia Norman Farrell as STL Prosecutor.

Bellemare will leave his post in March for health reasons; he refused to seek reappointment for a second term as prosecutor at the end of his tenure in February.

The denial came after al-Arabiya reported that Farrell will most likely be Bellemare’s successor after Ban allegedly informed Miqati about his choice.

On February 22, the U.N. extended the mandate of the special tribunal investigating the 2005 assassination of former PM Rafiq Hariri.

The work of the tribunal has now been extended for three years from March 1, announced U.N. spokesman Martin Nesirky.

According to the statement, Hariri also discussed the situation in Syria with Ban.

He urged Ban to exert efforts to “ease the suffering of the Syrian people and support their struggle for freedom and democracy.”

This from the fool who approved the sale contract of the STL in CLEAR AND BOLD WRITING in the hope that he will snatch the title of Prince Dumbo, Undisputed Ruler of the Levant. HELL NO WIL SAMA ZAR2A. Since then, he and his cortege have been spinning around their own axis with a bit of slipping, a lot of sliding and breaking their limbs along the way. How can you not love him? HOW?

Show us a copy of the signed contract or STFU.

What a joke. He will never return to lebanon. a stateless billionaire condemned to a life of luxury and protection. March 14 needs a new Poster Boy. Like so many sons ,he couldn't carry his father's water bucket.

Look who's asking for proof of the Sale Contract! Those who had proof that the 4 innocent generals were involved in the killing of Mafioso Rafic! Oh, now they will ask for proof that Mafioso Rafic was a mafioso and that he was Syria's best Rafic. Go figure, truth seekers.

Where did you get this great photo of my hairy butt? It looks cute, though!