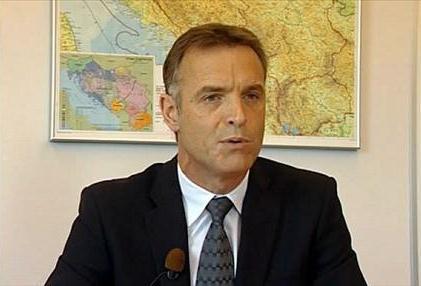 U.N. leader Ban Ki-moon on Wednesday named Norman Farrell of Canada as the new prosecutor of the U.N.-backed Special Tribunal for Lebanon, which is probing the 2005 assassination of former prime minister Rafik Hariri.

Farrell takes over as chief STL prosecutor from another Canadian, Daniel Bellemare, whose three year mandate ended Wednesday. The court has charged four Hizbullah members over the assassination.

Farrell, 53, had been deputy prosecutor at the international tribunal for the former Yugoslavia. He has also worked for the International Committee for the Red Cross in the Balkans and Ethiopia.

"The secretary general once again reiterates the commitment of the United Nations to the efforts of the Special Tribunal for Lebanon to uncover the truth regarding the terrorist attack" that killed Hariri and 22 others, said U.N. spokesman Martin Nesirky.

Ban wants to "send a message that impunity will not be tolerated."

The U.N. last week extended the mandate of the tribunal for another three years.

The tribunal, set up by the U.N. Security Council at the request of the Saniora government, announced in February that it will put four Hizbullah members on trial even though they have not yet been detained.

Warrants have been issued for Salim Ayyash, Mustafa Badreddine, Hussein Anaissi and Assad Sabra. The Lebanese authorities have failed to arrest the four.

Ban also appointed Daniel David Ntanda Nsereko of Uganda as an international judge of the Appeals Chamber of the Special Tribunal.

Excellent choice, he is proactive and will probably get the job done real fast ....

it's been 6 years!! do you or do you not have evidence!!! it's no better than a lebanese trial... who's replacing him in 3 years?
Lebanese have a lot more to worry about (electricity, better roads, better wages...) than wait and wait... Hizbullah is constitutionally illegal until it integrates with the army.. We don't need a trial to try to prove that...