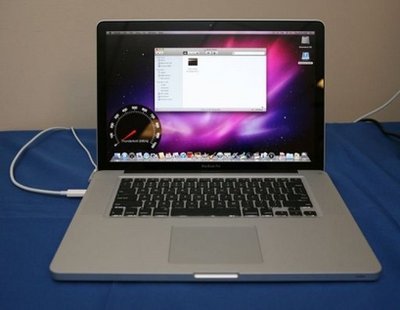 Apple upgraded the new-model laptops with the latest multi-core chips from Intel and high-definition "FaceTime" cameras for video chat and other uses.

Apple also released to software developers a preview of the next generation Macintosh operating system named "Lion," which it said "takes the best ideas from iPad and brings them to the Mac."

A finished version of Lion for Macintosh computers is on track for release in mid-2011, according to Apple.

Lion software available at the online Mac App Store was intended to allow outside developers begin crafting hip, functional or fun programs that fuel the popularity of Apple gadgets.

"The iPad has inspired a new generation of innovative features in Lion," Schiller said.

"Developers... can now start adding great new Lion features like full screen, gestures, Versions and Auto Save to their own apps."

The company has a tradition of releasing new products annually and is expected to introduce a second-generation iPad tablet computer at a March 2 press event in San Francisco.

The debut of the new MacBook Pro models came on the 56th birthday of Apple's iconic chief executive Steve Jobs, who is on an indefinite leave of absence for medical reasons but remains involved in running the company.

Apple touted the new models as being twice as fast as the prior generation, with Thunderbolt making it possible to transfer an entire Blu-ray film for viewing in less than 30 seconds.

Digital data is transferred at a rate of 10 gigabytes per second, according to Intel.

"Thunderbolt is a breakthrough for the entire industry and we think developers are going to have a blast with it."

Thunderbolt technology built into computer ports moves media faster and simplifies connections between devices, according to Intel, which demonstrated the technology Thursday at its Silicon Valley headquarters.

"Working with HD media is one of the most demanding things people do with their PCs," said Intel PC Client Group general manager Mooly Eden.

"We've taken the vision of simple, fast transfer of content between PCs and devices, and made it a reality."