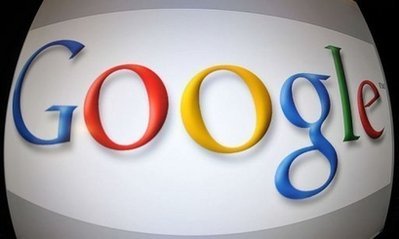 Google has tweaked the formulas steering its Internet search engine to take the rubbish out of its results. The overhaul is designed to lower the rankings of what Google deems "low-quality" sites.

That could be a veiled reference to such sites as Demand Media's eHow.com, which critics call online "content farms" — that is, sites producing cheap, abundant, mostly useless content that ranks high in search results.

Sites that produce original content or information that Google considers valuable are supposed to rank higher under the new system.

The change announced late Thursday affects about 12 percent, or nearly one in every eight, search requests in the U.S. Google Inc. said the new ranking rules eventually will be introduced in other parts of the world, too. The company tweaks its search algorithms, or formulas, hundreds of times a year, but most of the changes are so subtle that few people notice them. This latest change will be more difficult to miss, according to Google engineers.

"Google depends on the high-quality content created by wonderful websites around the world, and we do have a responsibility to encourage a healthy web ecosystem," Google fellow Amit Singhal and principal engineer Matt Cutts wrote in a blog post. "Therefore, it is important for high-quality sites to be rewarded, and that's exactly what this change does."

Google makes significant adjustments to its search formula on the same scale as the latest change four or five times a year, Singhal said in a statement Friday.

What makes the new revisions so notable is that Google spent about a year trying to come up with a way to judge the quality of the content posted on the site.

That focus could hurt Demand Media, which depends on search engines for about 41 percent of the traffic to its websites, with most of those referrals coming from Google, according to documents filed last month after the company completed an initial public offering of stock.

Demand Media, based in Santa Monica, assigns roughly 13,000 freelance writers to produce stories about frequently searched topics and then sells ads alongside the content at its own websites, including eHow.com and Livestrong.com, and about 375 Internet other destinations operated by its partners. Articles range from the likes of "How to Tie Shoelaces" to "How to Bake a Potato" and more.

Many of the ads appearing alongside those articles are sold by Google, which accounts for about one-fourth of Demand Media's revenue of $253 million last year.

Demand Media said it doesn't consider itself a "content farm" or "content mill," but rather as a more responsive approach to addressing topics on people's minds.

"We believe that our platform for satisfying today's consumer demand is the most comprehensive and effective of any online publisher," Demand Media CEO Richard Rosenblatt told analysts earlier this week after the company announced the first quarterly profit in its four-year history. "The standards we put in place, the process that we follow, and most important, the qualified professionals we rely on to create and copy at the solution are unprecedented in traditional and new media.definition."

"It's impossible to speculate how these or any changes made by Google impact any online business in the long term — but at this point in time, we haven't seen a material net impact," Fitzgibbon wrote.

Investors seemed uncertain how Google's move would affect Demand Media. After falling nearly 5 percent in earlier trading, Demand Media's shares rebounded to close at $22.96, up 36 cents for the session.