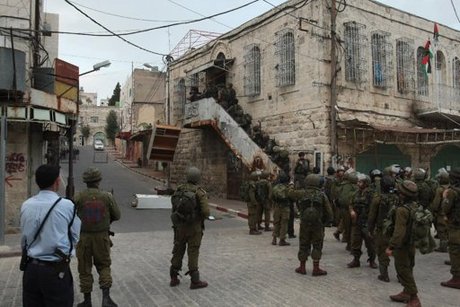 Plans to evict a group of Israeli settlers from a contested home in the flashpoint West Bank city of Hebron appeared to be on hold on Tuesday, after Israel's prime minister intervened to seek a delay.

On Monday, Israel's civil administration, the military body which manages civilian affairs in parts of the West Bank under full Israeli control, ordered the settlers to evacuate the property by 3:00 pm (1200 GMT) on Tuesday.

"The prime minister asked the defense minister to allow the settlers in the building to have time to make their legal case," a source in Netanyahu's office said.

But the civil administration, which is a unit of the Israeli defense ministry, said it was not yet clear whether the evacuation of the settlers, who moved into the property last week, would be delayed.

But Israeli media said Netanyahu was to hold a 6:00pm (1500 GMT) meeting with senior cabinet members on the issue, suggesting the eviction would be postponed beyond its initial deadline.

The prime minister's office refused to confirm or deny the reports.

The group of some six families moved into the second floor of a building in an overnight operation in the flashpoint Old City of Hebron last Wednesday, but five days later, the civil administration ordered them out.

"After examining all the evidence that was handed over and after considering all the circumstances of the incident, it was decided to return to the situation which existed before. In other words: the state that existed before the settlers entered the house," the military order said.

It said the settlers did not obtain the necessary military approval to purchase the house, and that they eviction decision was based on concern for "public order."

It gave them a deadline of 3:00 pm on Tuesday to leave the house.

"If you do not comply, the authorities will take action to immediately clear the structure," it said.

The settlers say the property, which they have dubbed Beit HaMachpela, was legally purchased, but relatives of the Palestinian owners, who live on the first floor, dispute the claim.

"In terms of the legality of them staying there we know it's illegal, that's why we sent the order yesterday.

"Now what we also have to check is the legality of the contract. You can do that by evacuating them and then verifying, or you can examine the contract while they are still in the house," he added.

"If we see that the contract is legal, then we will see if the civil administration or the ministry of defense gives them the permit to stay."

A closed military zone has been put in place around the house, which is near the contested religious site known as the Cave of the Patriarchs (or the Machpelah Cave) to Jews and the Ibrahimi Mosque to Muslims.

The settler families said they had not been informed whether the 1200 GMT deadline was still in place.