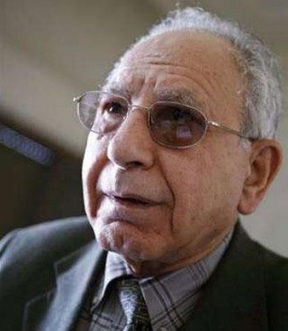 Syrian opposition figure Riyad Turk urged on Tuesday support for Kofi Annan's peace plan as he called for a national dialogue in Syria, but insisted that President Bashar Assad must first step down.

The "need to put an end to the cycle of killings and massacres ... urges us to accept Kofi Annan's plan," said Turk, a member of the Syrian National Council, whose leaders have not yet given a clear stance on the U.N.-Arab League envoy's peace proposal.

Annan on Monday told the U.N. Security Council that Assad had accepted an April 10 deadline to start implementing his peace plan which calls for an end to violence in the violence-wracked country.

"A political solution ... must first and foremost start with the president giving up power, and launching a national dialogue that does not exclude any political component of the Syrian people, including regime members whose hands were not stained by blood," Turk said in a statement to Agence France Presse.

Turk, 82, and nicknamed "Mandela of Syria", said that "by this, we are placing the international community in front of their responsibilities to protect" the people in Syria.

The Britain-based Syrian Observatory for Human Rights says more than 10,000 people have been killed since the anti-Assad uprising began in mid-March last year. The United Nations puts the toll at more than 9,000.

A dialogue will finally lead to "an independent transitional government that will transform the country over a defined timeframe into a national democratic system through electing a constituent assembly, under Arab and international supervision, that will elect a (new) president," said Turk.

Turk, who now lives in hiding in Syria, was jailed for more than 17 years by late president Hafez Assad, father of the current leader who also put him behind bars.

He is a prominent member of the Damascus Declaration coalition of opposition activists formed in 2005.