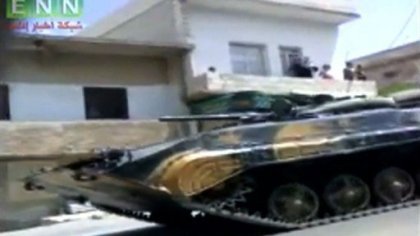 "Russia has to make clear that it does not want to have anything to do with these acts of violence and this repression," Westerwelle said on the sidelines of a two-day meeting with Group of Eight ministers in Washington.

He called on the G8 to send a "signal of unity and resolve" to Assad, deploring reports about ongoing violence in Syria, despite a Tuesday deadline for the regime to withdraw from protest hubs.

"Unfortunately, the violence continues. There is a clear responsibility for that which lies with the Assad regime," the German foreign minister said.

Russia is the main ally of the Syrian president, who has sent forces to crush a year-long uprising in violence that the United Nations says has killed more than 9,000 people.