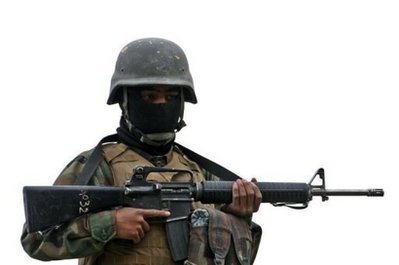 A suicide attack on an army recruitment center in northern Afghanistan has left 36 people dead and another 42 wounded, a local official said Monday.

"There was a suicide attack at the army recruitment center in Kunduz city," said Mehboubullah Sayedi, a spokesman for the governor of Kunduz province.

"The preliminary information we have suggests that 36 people were killed and another 42 were wounded."

The spokesman added: "Most of those killed were volunteers who wanted to join the army."

The attack came four days after the provincial police chief of Kunduz, Abdul Rahman Sayedkhili, was killed by a suicide bomber on a motorcycle in the city along with four other people. That attack was claimed by the Taliban.

Once relatively quiet, Kunduz and some other parts of northern Afghanistan have witnessed increased violence in recent months.

Afghan police and army officers are frequently targeted in attacks by the Taliban and other insurgents who have been waging war on pro-government forces since being ousted from power in 2001.

There are around 140,000 international troops in Afghanistan, some two-thirds of them from the United States.

But responsibility for security across the country is set to be handed to Afghan forces in a process due to start in July and be completed in 2014, allowing foreign combat forces to withdraw.