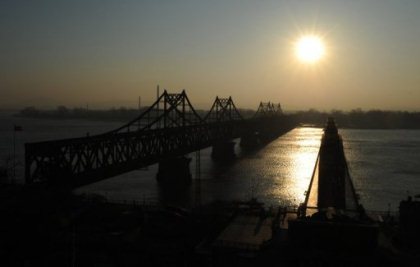 Twenty-nine Chinese fishermen have been kidnapped at sea by unidentified North Koreans who have demanded 1.2 million yuan ($190,000) in ransom, fellow sailors and media said Thursday.

The men were fishing in three separate vessels on May 8 when a group of gunmen boarded their boats and forcibly took them over, locking up those on board, said a boat owner surnamed Sun who has been in touch with them.

"On May 9, one of the kidnapped boat owners used a phone given to him by the North Koreans to call us. He said the kidnappers asked for a ransom of 400,000 yuan per boat," Sun -- who like the hostages is from the northeastern port city of Donggang -- told AFP.

Chinese state media reports said the men were fishing off the coast of northeastern China, in the waters that run between China and North Korea, when they were snatched.

The Foreign Ministry said it was "keeping close contact with North Korea to safeguard our citizens' rights and interests," according to reports. The ministry did not immediately respond to AFP's request for comment.

Sun, who refused to give his full name, said another boat owner he works with managed to speak to them again earlier this week.

"He could hear in the background that sailors were being beaten and there was the sound of crying, and the boat owner said they had not eaten for two days," he said.

"If the kidnappers don't get the money by today (Thursday), they will sell off the boats, which are worth 3 million yuan."

Another Donggang-based boat owner surnamed Zhang said no threats had yet been made against the sailors themselves.

Media reports say the three boats were taken to North Korean waters, but Sun said he was "100 percent sure" there were Chinese people among the hijackers.

"They left us a Chinese number, and once, the hijacked boat owner called, I picked up the phone and asked if there were any Chinese people besides them. He whispered 'yes'," he said.

Chinese fishermen regularly run into difficulties with the authorities of other countries as they fish in areas that are claimed by both China and its neighbors.

However, there was no immediate indication that the North Korean gunmen who seized the Chinese sailors were security forces from the isolated country -- a ally of China.

Calls to the Donggang government went unanswered, and an official at the government of Dandong city -- which oversees Donggang -- said they were not in charge of the case.