Syrian Officials Deny Reports of their Own Deaths 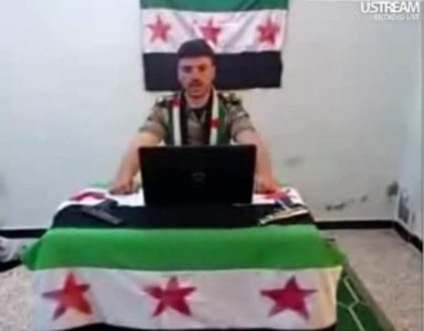 Two high-ranking Syrian officials denied in interviews with state television on Sunday reports by pan-Arab channels that they along with four other regime stalwarts had been assassinated.

Those named are part of President Bashar Assad's inner circle and members of the regime's "crisis management" team.

The unidentified man in the video claimed to be speaking on behalf of the Brigades of the Sahaba, or friends of the Prophet Mohammed.

He claimed the assassination was carried out by one person, after two months of surveillance.

"What the disgusting Al-Jazeera is broadcasting is completely false," Shaar told Syrian state TV by telephone. "We are used to this kind of news, and to these campaigns of lies and slander."

Turkmani too denied he had been killed in an on-screen interview during which he also slammed Al-Jazeera's report as being "packed with misinformation."

Meanwhile the opposition expressed doubts about the veracity of the claims.

One member of the Syrian National Council, the main opposition coalition, said the goal of the video was to "sow doubts."

"There is a war that aims to demoralize people" who support the anti-regime revolt, according to SNC member Jabr al-Shoufi.

The Syrian regime has accused Al-Jazeera and Al-Arabiya of inciting "discord" in Syria ever since a revolt broke out in March 2011.

AL Jazeera has been telling lies for months . Many persons in the Arab world had stopped watching Al Jazeera because they are now no deferrent than the Saudi owned western puppet stations. Nasser must be turning in his grave when Naharnet and stupid western media calls the stations owned by the Gulf kings as "Pan-Arab".

Oh naive people of Syria, you are being used as a pawn of S.Arabia and their gang against the goverment of a fellow Arab country, for what asks yourselves. Photoshop, and computer manipulations HELLOOOOOOOOOOOO
The 3 biggest armies standing against Isreal are destroyed, Egypt, Iraq and Syria...................
wake up people

two denied out of six, one of them sounded like crap and you can tell he is either wounded or hospitalized. And where are the other 4? something happened, there is no smoke without fire.

you are reading a different article FlameThrower. You are a carbon copy of bashar's media team... Do you still claim syria is fine and that there is nothing happening in Syria? oh wait i forgot... Al Qaeda! and armed thugs.. at least they are right one thing, there is terrorism involved and its leader is Bashar al Asad