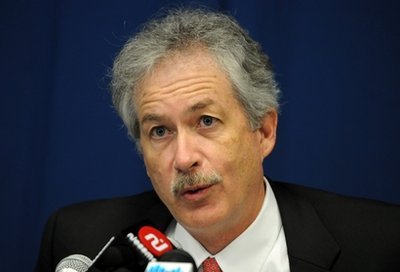 A senior U.S. official warned Thursday there was a "very real danger" that Libyan leader Moammar Gadhafi could return to terrorism if he is allowed to consolidate his control over the fractured nation.

There is "a very real danger that if Gadhafi is successful on the ground, that you also face a number of considerable risks as well, the dangers of him returning to terrorism and violent extremism himself," under secretary of state for political affairs William Burns told U.S. senators.

Burns said forces loyal to Gadhafi were just 160 kilometers from the rebel stronghold of Benghazi and making rapid advances due to superior military power, in a move that could see the regime ultimately trounce the most serious uprising against Gadhafi's rule in four decades.