Pentagon Chief in India amid U.S. Focus on Asia 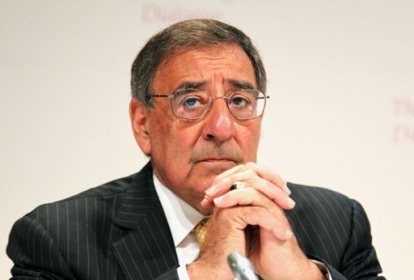 Security ties with India have steadily improved in recent years but U.S. officials have yet to realize the goal of a game-changing alliance that could check China's role and empower the two countries' economies, analysts say.

During his two-day visit, Panetta is expected to discuss expanding defense ties, the NATO war effort in Afghanistan and China's increasing economic and military power in the region, U.S. officials said.

In President Barack Obama's new strategy blueprint unveiled in January, India is the only country mentioned by name as a vital partner.

"Strategically, we see India as a partner with a lot of common interests," a senior defense official said on condition of anonymity.

But both countries have been disappointed about a lack of progress on defense trade and other fronts.

Although U.S. arms sales to New Delhi have dramatically expanded over the past decade, India in 2011 rejected bids by U.S. contractors for a $12 billion fighter jet contract. France's Dassault is now in exclusive talks for the deal.

India, for its part, has expressed irritation over U.S. export restrictions that prevent it from gaining access to some high-tech US weaponry.

On the war in Afghanistan, India worries that the departure of most U.S. and NATO forces by the end of 2014 could empower Islamic extremists.

Last week, India called for greater coordination with the United States on Afghanistan.

Although India favors improving military relations with the United States, New Delhi has opted to place limits on the arrangement, giving it room to maneuver, analysts said.

"India is unwilling to tightly align with U.S. objectives, and it is presently mired in political sclerosis and an economic slowdown," said Patrick Cronin, senior adviser for the Center for a New American Security, a Washington-based think-tank.

The U.S.-India security relationship has generated increased cooperation between the two countries' navies, as well as more intelligence sharing.

"Naval cooperation (with the United States) is one of the chief tangible benefits, and the number of bilateral and trilateral exercises with India remain at a record high," Cronin told AFP.

The India trip, part of a nine-day tour of Asia, follows stops in Vietnam and Singapore in which Panetta signaled U.S. plans to bolster its naval presence in the face of a more assertive China.

In Vietnam, Panetta became the first Pentagon chief to set foot in Cam Ranh Bay, a major port and airfield for U.S. forces during the Vietnam War.

Standing on the deck of a U.S. naval supply ship undergoing repairs at Cam Ranh, Panetta described the deep-water harbor as a strategically valuable port that could support the U.S. military's focus on the Pacific.