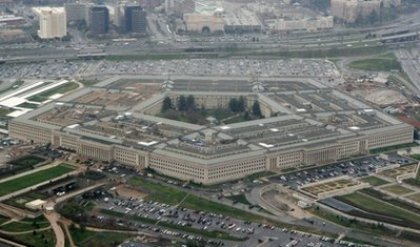 An American al-Qaida supporter admitted plotting to bomb the Pentagon and the Capitol using explosives-laden model planes and will be jailed for 17 years, officials said Tuesday.

In an agreement reached last week, Rezwan Ferdaus, 26, pleaded guilty to attempting to damage and destroy the Washington landmarks by means of an explosive and attempting to provide material support to terrorists.

U.S. judicial authorities said in a statement they would dismiss several other counts against Ferdaus as part of a plea agreement reached in a federal court, following a case in which the suspect fell victim to an FBI sting.

"He has also agreed to a joint sentencing recommendation of 17 years in prison followed by 10 years of supervised release," a statement from the U.S. Justice Department said.

"In exchange, the government has agreed to dismiss the remaining charges against Ferdaus at the time of sentencing," the statement said.

In a complaint filed late last year, officials said Ferdaus' plan was to use the "aerial assault" to "eliminate key locations." Ferdaus was quoted as saying the Capitol dome would be blown "to smithereens."

Ferdaus was captured as part of a sting operation in which he sought to procure explosive chemicals, grenades and firearms from undercover FBI agents.

Authorities said Ferdaus, while inspecting the explosives and firearms delivered to him by an undercover agent, placed some of the explosives inside a remote-controlled aircraft that he had obtained for his planned attack.

He was arrested after locking explosives and firearms in his storage unit at which time he was placed under arrest.

Ferdaus was also accused of modifying mobile phones for use as switches in bombs to kill U.S. soldiers in Iraq and to have given the devices to FBI agents "he believed were members of or recruiters for al-Qaida."

According to the original complaint, when told -- falsely -- one of his phones had been part of a bomb that killed three soldiers, he is alleged to have said: "That was exactly what I wanted."