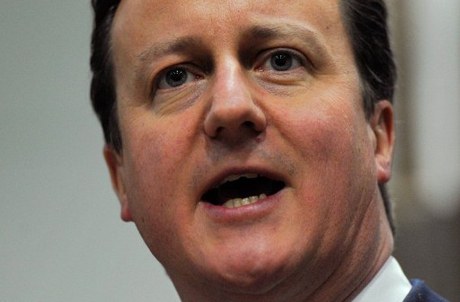 The Crown Prosecution Service announced that eight people, all either current or former employees of Rupert Murdoch's now defunct News of the World tabloid, would face charges of illegal interception of voicemails.

The eight will face charges of conspiring to unlawfully intercept the voicemail messages of some 600 people, including Hollywood stars Brad Pitt, Angelina Jolie and Jude Law as well as politicians and crime victims.

"I have concluded that a prosecution is required in the public interest in relation to each of these eight suspects," senior prosecutor Alison Levitt said in a live televised announcement.

The last person is private investigator Glenn Mulcaire, who was jailed for phone hacking for six months in in 2007.

Australian-born media tycoon Murdoch, 81, was forced to close the News of the World last July amid a storm of revelations that its staff hacked into the voicemail messages of a murdered schoolgirl and a slew of public figures.

Coulson, 44, edited the News of the World from 2003 to 2007 and went to become Cameron's spokesman, but resigned in January 2011 after he was questioned over the scandal. He was arrested last year.

Brooks, also 44, was editor of the tabloid from 2000 to 2003 and went on to edit The Sun, Murdoch's top-selling British tabloid, before going on to become chief executive of News International, Murdoch's British newspaper group.

"I am not guilty of these charges," she said in a statement released by her lawyers. "I did not authorize, nor was I aware of, phone hacking under my editorship."

Brooks was charged in May with conspiracy to pervert the course of justice by allegedly trying to cover up evidence relating to phone hacking during the frantic last days of the News of the World.

She became close to the prime minister after she married racehorse trainer Charlie Brooks, who attended the elite Eton boarding school with Cameron, and their friendship has proved an embarrassment to the Conservative leader.

British police launched an investigation into hacking in January 2011 have so far arrested 24 people under Operation Weeting and 41 under Operation Elveden, a related probe into corrupt payments to public officials.

A further seven have been arrested under Operation Tuleta, which is investigating alleged computer hacking and privacy infringement.

The announcement comes on the same day as the Leveson inquiry into press ethics, which was set up in the wake of the News of the World scandal, holds its last scheduled hearing.

It heard closing submissions from David Sherborne, a lawyer for many of the celebrity hacking victims, and Alan Rusbridger, editor of the Guardian, the newspaper that uncovered the scandal.

In total the inquiry has heard eight months of evidence from around 470 witnesses, ranging from celebrities and members of the public targeted by hacking, to media barons, police chiefs and politicians.

Highlights included Murdoch himself saying that he was the victim of a "cover-up" by staff at his papers, and Cameron admitting he received a text message from Brooks saying they were "in this together".

Senior judge Brian Leveson is due to deliver his findings by the end of 2012 and could cause a seismic shift in the way the British press is regulated.

The British newspaper market is already in flux, with Murdoch announcing on Saturday that he had resigned as director of The Sun, The Times and The Sunday Times.

The decision comes after Murdoch announced last month that News Corp will press ahead with a split of the entertainment division from its struggling publishing business, saying he is committed to both units.

But it fuelled speculation that News Corp could be preparing to sell its British newspapers.