Calm Restored in Tripoli after Clashes Leave over 20 Wounded 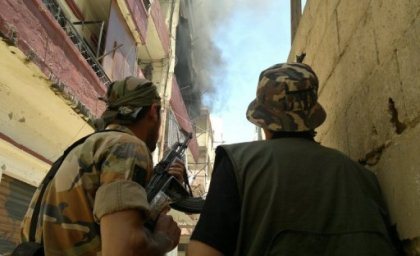 Calm has been restored in the northern city of Tripoli after the clashes of the past two days left over 20 wounded, including three soldiers, reported the daily An Nahar on Sunday.

A source from the Army Command told the daily that the situation is under control, noting that Friday’s clashes are the culmination of tensions that had been mounting in Tripoli since the assassination of senior Syrian security officials on July 18, among other factors.

The army had taken the decision to intervene to thwart any unrest should it erupt and the result has been the arrest of three individuals from the neighborhood of Bab al-Tabbaneh, it added.

Moreover, the source highlighted political and religious authorities’ determination to lift any protection off the transgressors.

“The developments demonstrated that the clash was a result of an individual dispute and not a decision to create battles in the city,” it noted.

“Fears that the security situation in Tripoli are unwarranted as long as political cover has been lifted off the gunmen and as long as the army has taken the decision to confront them,” it stressed.

The army intervened and fired back heavily at the sources of gunfire, which led to a decrease in the intensity of the clashes.

it's clearly obvious what's happening in Lebanon in general & particularly in Tripoli ...we're holding the other countries fight of interests in all its kind