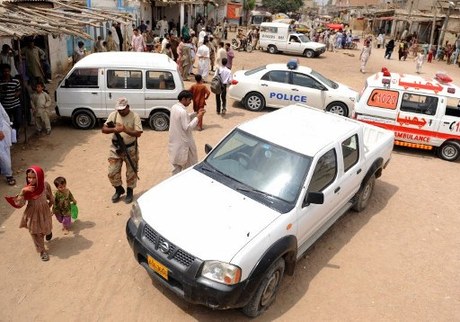 Gunmen on Monday killed a truck driver in Pakistan's northwestern tribal belt over suspicions that he was transporting supplies for NATO troops in Afghanistan, officials said.

The shooting took place in Jamrud area of Khyber district, where Taliban and local Islamist militia are active.

Officials first reported the incident as an attack on a NATO supply truck but later confirmed the truck was carrying "commercial goods for Afghanistan".

Pakistan had closed the Torkham border crossing, the quickest route from Pakistan's port of Karachi to the Afghan capital, for nine days after gunmen killed a NATO supply truck driver on July 24.

NATO traffic was very briefly suspended after the incident.

Pakistan reopened the Torkham crossing on Saturday, having signed a deal with the United States last Tuesday allowing NATO convoys to travel into Afghanistan until the end of 2015.