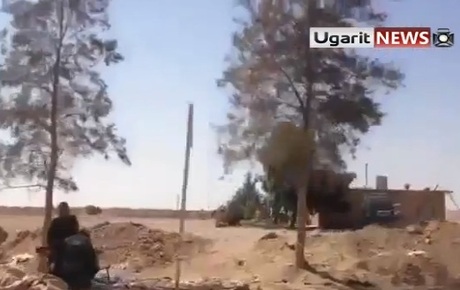 Syria's rebel forces attacked an oil field in the eastern province of Deir Ezzor on Tuesday, triggering a deadly firefight with troops, the Syrian Observatory for Human Rights said.

Four rebel fighters and six soldiers were killed in a fierce clash that broke out with regime forces following the attack, said the Britain-based monitoring group.

"The attack took place in the morning," Observatory director Rami Abdel Rahman told Agence France Presse. "The rebels did not take control of the oil field, they withdrew after their attack."

Prior to the imposition of sanctions on the regime, Syria produced some 4,000 barrels of oil a day. Production has dropped by about half, and most of it goes to domestic consumption.