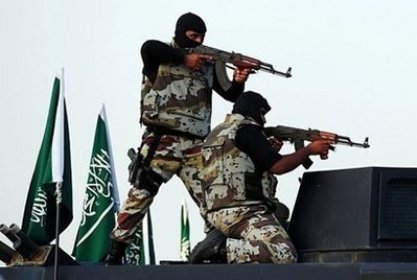 The United States on Tuesday added a wanted Saudi militant alleged to be a top trainer of foreign al-Qaida fighters in camps in Afghanistan to its list of global terrorists.

Azzam Abdullah Zureik al-Maulid al-Subhi, better known as Mansour al-Harbi, is among about 80 Saudi citizens which Saudi Arabia has put on its most wanted list and wants extradited, accusing them of ties to the al-Qaida network.

"According to the Saudi Ministry of Interior, Mansour al-Harbi is accused of working at a training camp in Afghanistan and is tied to numerous senior al-Qaida leaders," the U.S. State Department said in a statement.

Harbi is believed to have traveled to Afghanistan about a decade ago and "is responsible for training militants and for the coordination of foreign fighters who travel to Afghanistan to fight against coalition forces."

Being designated a "specially designated global terrorist" blocks all of his property which may be under U.S. jurisdiction and bans Americans from engaging in any business with him, the statement said.

It added that Harbi was also wanted by Interpol.