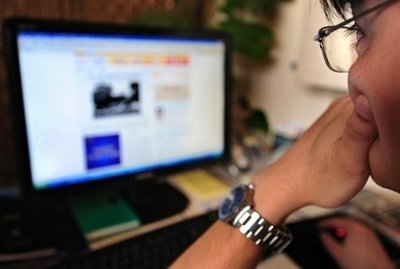 As startups rush to offer smartphone users coupons for discounts at nearby shops, Dealpulp.com is out to woo the bargain hunter inside online shoppers across the United States.

DealPulp is based on the premise that online shoppers have been neglected in an Internet Age fusion of smartphones and coupons so hot that it will be the focus of a first-ever Daily Deal Summit kicking off in New York City on Wednesday.

"We started to see all of these local daily deals popping up," said DealPulp director of brand and strategy Jess Swain, referring to hot startups such as LivingSocial and Groupon.

"We wondered who was doing deals for online shoppers on a nationwide basis," she continued.

DealPulp membership has grown to more than 88,000 people, who have saved a combined total of nearly $450,000 since the service launched in January, according to figures posted on the website late Monday.

"Localized daily deal sites have been welcomed with open arms by consumers and are driving foot traffic to neighborhood businesses, but they are falling short of their potential," said DealPulp founder Kiha Lee.

The service's most successful deal to date was an offer to buy boxes of "gently used" children's clothing from website thredUP for six dollars each.

DealPulp members bought 8,940 boxes of clothing during the one-day promotion.

"We've seen success with a wide array of deals," Swain said. "We've done everything from deals on women's shoes to green home and green health care products and electronics."

DealPulp works with online merchants to offer price discounts of at least 50 percent. DealPulp takes a share of voucher revenue, with merchants getting half or more, according to Swain.

She said websites are often interested in using DealPulp to get people to check out their online shops rather than rack up one day's sales.

Industry figures cited by Swain indicated that U.S. online sales tallied $165.4 billion last year and were predicted to climb to $269.8 billion by 2015.

"This is just such an important space to be in right now," Swain said.

Rival daily deal services are rooted in getting people into local shops or restaurants and provide less opportunity for nationwide online bargains, she argued.

"It looks like the trend is to expand into hyper-localized deals," Swain said. "That is great if you like local, but maybe it is a little bit of tunnel vision."

Founded in 2008, Chicago-based Groupon offers discounts to its members on retail goods and services, offering one localized deal a day.

The company announced in January it had raised $950 million in a month to invest in technology, fund its global expansion and compensate company employees and early investors.

The company said then its subscriber base had grown to 50 million from just two million at the beginning of 2010.

LivingSocial, based in Washington, is considered a strong competitor for Groupon in the U.S. market.