British Scouts Vow to 'Be Prepared' With Sex Ed Classes 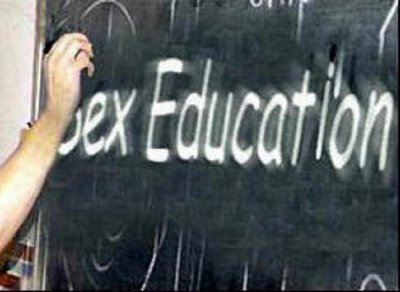 British scouts are giving their age-old motto "be prepared" a new twist with the launch Tuesday of sex education classes in a bid to tackle the country's high rates of sexually transmitted diseases.

The Scout Association is adding learning about the birds and the bees to its more traditional activities such as camping, canoeing and climbing.

The program, for scouts aged 14-18, is designed to encourage young people to learn about relationships and sexual health "with their peers and trusted adults," said the group.

Called "My Body, My Choice", it includes a range of activities such as a "condom quiz" and a "sexually transmitted infections" card game.

The "fluid exchange game" uses plastic cups and food coloring to demonstrate how quickly fluid and infection can spread.

Britain is the sick man of Europe when it comes to sexual health, with the highest rates of sexually transmitted infections and teenage pregnancies, according to official figures.

"We only get one body, so respect it and people will respect you."

The association said that scout groups will be given material for the course but insisted that individual scout leaders can choose whether or not to run the program.