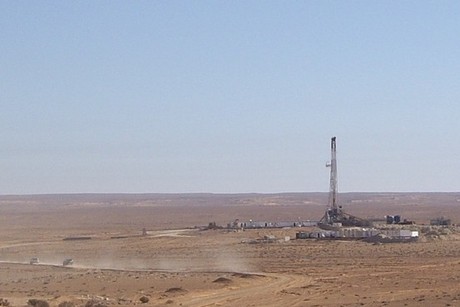 The European Union said Tuesday that the sale of Libyan oil is fair game as long as Western pariah leader Moammer Gadhafi does not profit from exports.

"If revenues don't reach the Gadhafi regime, then we have no issue with commercial dealings in Libyan oil and gas and they should be regulated by normal trade practices," said Michael Mann, spokesman for the European Union's chief diplomat, English baroness Catherine Ashton.

Brussels spelled out its position as shipping giants Lloyd's List said a tanker was due to dock Tuesday in the key eastern oil port of Tobruk to pick up the first oil cargo from the rebel-held part of Libya in 18 days.

The EU spoke out after Libya's rebel National Transition Council said it had penned a deal with Qatar to exchange oil for food, medicine and, it hopes, weapons. Qatar, France and Italy are the three states to have officially recognized the opposition body.

The position on oil and gas exports comes at a time when Gadhafi, facing international military action led by NATO, has claimed a war is under way for control of the country's energy resources.

Mann said the aim of sanctions at EU and United Nations levels targeting Gadhafi -controlled exporters "is to ensure that oil and gas revenues do not reach the Gadhafi regime."

U.N. Security Council resolutions 1970 and 1973 list individuals and economic entities "including the National Oil Corporation in terms of putting an asset freeze on them," Mann told a news conference.

"The only entities and people who are subject to sanctions are those specifically named," he underlined.

Mann, however, said there could be no exceptions to a parallel U.N. embargo on outside agencies selling weapons into Libya.

Qatar has yet to confirm a deal with rebels, but in London, Lloyds said a Suezmax tanker would be "able to load one million barrels of oil, or about 130,000 tons of oil," worth some "$100 million (70.5 million Euros)."

Libya, a key crude exporting nation in the Middle East and north Africa region, has seen its output slashed since rebels began an uprising against Gadhafi’s rule.

Oil-rich Libya was producing 1.69 million barrels a day before the unrest but this had ground to a halt in the ensuing violence.

Germany, which refused to vote for U.N. Resolution 1793, called for a "total" embargo on Libyan oil at an EU summit at the end of March.

Other EU states, though, feared such block sanctions could hit Libyan insurgents based in oil-rich eastern regions of the vast desert nation.