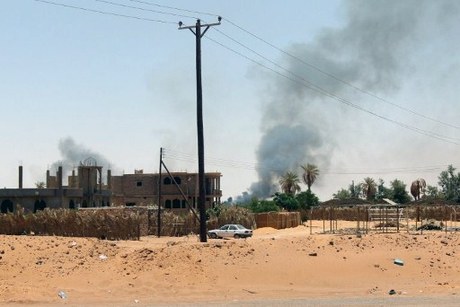 "My father was returning from the mosque after Friday prayers with a neighbor when a car stopped in front of them with four people on board," Ahmad Hadia said.

"They asked for his identity, then shot him dead," he added.

The motive for the murder was not immediately clear and the identity of the gunmen unknown.

Hadia was one of the first officers to defect and join the opposition during last year's revolution that ousted Moammar Gadhafi.

After the revolution he was appointed head of armaments at the defense ministry.

Hadia is the latest of dozens of security officials murdered in Benghazi, especially of officers who had served under Gadhafi.

Ghaddafi died but his followers haven't. This revenge will go on for decades. Will happen in Syria after Bashar, still hapenning in Iraq after Saddam.