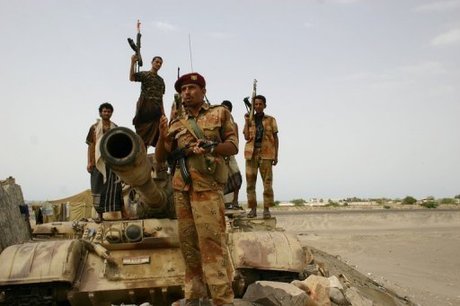 A strike by an unmanned drone killed five suspected members of al-Qaida in eastern Yemen on Wednesday, a security official said.

"Five al-Qaida members were killed in the raid" that targeted a house in the village of Al-Ain in Hadramawt province, the official said, requesting anonymity.

He said two middle-ranking members of the local branch of al-Qaida were among the dead.

The United States is the only country that has drones in the region and in recent months has been carrying out strikes on al-Qaida targets in the south and east of the country and in the Arabian peninsula.

Al-Qaida in the Arabian Peninsula has taken advantage of the weakness of the central government during a year of protests against ousted president Ali Abdullah Saleh to expand its presence in the impoverished country.

Al-Qaida loyalists have carried out a spate of deadly attacks against Yemeni security forces and their militia allies since Saleh's successor President Abdrabuh Mansour Hadi came to power, pledging to crush the militants.

In an all-out offensive launched in May, the army retook a string of towns in Abyan province in the south.