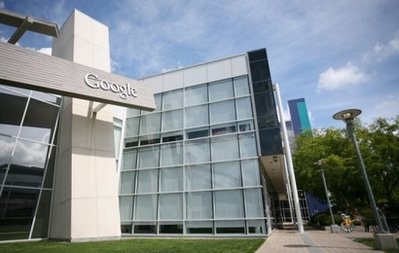 The head of Google's search evaluation team shakes his head dismissively at the idea of anyone thinking the firm's winning Internet-sifting formula is completed.

Software engineers reverently refine Google's search algorithm so consistently that it often ends a day a tad different from when it started.

Scott Huffman's team tested "many more than" 6,000 changes to its search engine in 2010, with 500 of them passing the grade to become permanent.

"We have changed engines on a flying plane so many times it has become second nature to us," Google fellow Amit Singhal said, referring to how Internet firms modify services while they are live online.

"Alongside changing the engines, the plane has become quieter, the ride got more comfortable, and we even changed your seat while you were sleeping," he continued. "We just do it in small steps that go unnoticed."

Singhal said Google's search is tweaked, on average, twice in a working day.

"On the one hand, we want to be moving quickly and we want to make great changes," Huffman told AFP. "On the other hand, we don't want people to come to Google and say they don't recognize it."

Google in February took the unusual step of spotlighting an improvement to its secret search formula in the United States.

The move was part of an ongoing duel between the search titan and low-quality websites that feature only content copied from elsewhere on the Internet or use techniques to trick their way high in results.

"The feedback has been tremendously positive from users," Singhal told AFP in an interview at Google's headquarters in Mountain View, California.

Huffman's team is responsible for insuring that ideas for improving Google search results do just that.

"People are not just expecting a search engine to return every document that has most of the words typed in a query box," Huffman said. "They want the context understood; there are a lot of nuances hidden within that."

For example, someone searching with the word "Japan" is likely interested in real-time news about the tsunami tragedy there as well as other information about the nation.

One of Huffman's favorite "broken queries" from a couple of years ago was the term "Thai restaurant."

"I used to go complain to the ranking people," Huffman recalled with a laugh. "I'm in Mountain View. It might be a great Thai restaurant, but I'm not going to Schenectady to get Pad Thai. It just isn't going to happen."

Proposed changes to Google's formula are first tested on a separate set of computers that imitate real-world search.

Those deemed worthy are next sent to evaluators around the world who act as online searchers and rate the relevance of results in various languages and regions.

Google then does live testing, with promising algorithm enhancements carefully blended into results served up by the main search engine.

"At any given time, some percentage of our users is actually seeing experiments," Huffman said.

"It is interesting because users don't know what is happening," he continued. "Of course, we don't put things out there that are terrible; we have filters to know when something is bad."

Plenty of improvements are ahead, particularly regarding the ability to understand and derive inferences from the world's many languages, according to Huffman.

He bristles at any suggestion by Google critics that results are tampered with to favor advertisers or achieve other business ends.

"If you think of the scale of what we are talking about, it is almost absurd to say we could rig results," Huffman said, noting that Google handles more than a billion searches daily.

For five and a half years he has run weekly meetings at which changes to Google's search algorithm are decided. Revenue implications of changes have never been brought up at those meetings, according to Huffman.

"Not only do we not make decisions that way, we don't even look at those numbers," Huffman said.

Google believes that delivering the most relevant search results to people as fast as possible is best for the California company's bottom line and, by extension, steers away from useless "spam" websites and "content farms."

"If we care about our users -- don't care about money -- everything else just falls in line," Singhal said. "A healthy Web and happy users are key to our future."

Singhal pictured a day when search engines understand users so well that they predict what people wanted to know and cue them with messages on smartphones.

"That is the ultimate dream," Singhal said. "We are nowhere close to that yet."