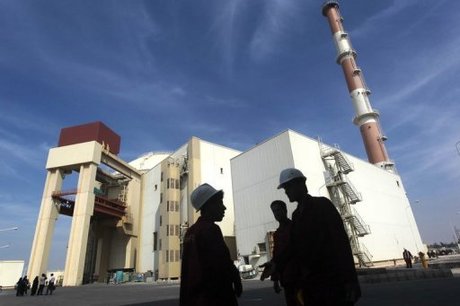 Iran and the U.N. nuclear agency are looking to hold a new meeting in mid-October, despite Tehran's atomic chief suggesting the watchdog has been infiltrated by "terrorists," diplomats told Agence France Presse on Tuesday.

Four envoys said that plans were being made for the meeting, which would follow one between Iran's nuclear agency chief Fereydoon Abbasi Davani and International Atomic Energy Agency director general Yukiya Amano in Vienna on Monday.

The IAEA made no mention of dates for more talks but Amano said in a statement issued on Tuesday that he had told Abbasi Davani that the agency was "committed to continued dialogue" and ready to meet "in the near future."

He stressed however after several rounds of fruitless talks this year, the last on August 24 in Vienna, that "a structured approach to clarify all issues related to Iran's nuclear program, including those related to possible military dimensions, needs to be agreed and implemented as soon as possible."

The statement however made no mention of Abbasi Davani's apparent accusation in a speech on Monday to the 155-nation IAEA's general conference that "terrorists and saboteurs" might have infiltrated the watchdog.