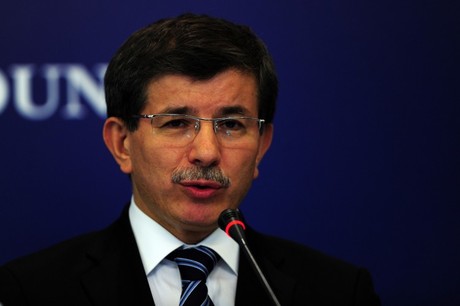 Canada and Turkey's foreign ministers unveiled a monument to fallen diplomats Thursday, a week after U.S. ambassador Chris Stevens was killed in Libya.

The monument in Ottawa stands on the very spot where a Turkish diplomat was assassinated on his way to work 30 years ago, allegedly by Armenian gunmen.

The still unsolved murder of colonel Atilla Altikat, a former military attache at the Turkish embassy, was one of more than a dozen killings of Turkish diplomats between 1977 and 1986 carried out in capitals around the world.

"Sadly, both Turkey and Canada have lost talented and distinguished diplomats through senseless acts of violence directed at our countries," Canada's Foreign Affairs Minister John Baird said in a statement.

"Recent events prove, tragically, that the dangers facing diplomats and public servants in foreign postings are still an unfortunate reality," he added in a nod to Stevens.

The metal and wood monument in the form of a cone, designed and built by a Turkish team led by sculptor Azimet Karaman, is intended also to restore good relations between Canada and Turkey after a row erupted in 2006 over Ottawa's recognition of what it terms the Armenian genocide a century ago.

Armenia and Turkey are at odds over whether the massacres and deportations of Armenians between 1915 and 1917 by their Ottoman rulers should be described as genocide, as recognized also by France and the European Parliament.

Armenia says the massacres and deportations left more than 1.5 million of its people dead, while Turkey puts the number up to 500,000 between 1915 and 1917, according to the Turkish Historical Society.

Turkey's Foreign Minister Ahmet Davutoglu is the first Turkish minister since 1998 to visit Canada, for the unveiling.

He commented that "history and politics don't mix," while affirming Turkey's willingness to review the World War I events with a view toward reconciliation, while at the same time denouncing the "politicizing of historical events."

Davutoglu also thanked Baird for his offer of Canadian aid for more than 100,000 Syrian refugees now in Turkey.

He called for a "psychological and cultural" change in the West to bring an end to what Turkish Prime Minister Recep Tayyip Erdogan this week described as "Islamophobia."

Erdogan was reacting to the U.S.-produced low-budget Internet video titled "Innocence of Muslims" that has sparked protests around the world.

Stevens and three other Americans were killed amid demonstrations in a four-hour attack on September 11 on the U.S. consulate in the eastern Libyan city of Benghazi.

you guys shouldn't be trying to shut us up. Stop moving west. we don't like you.